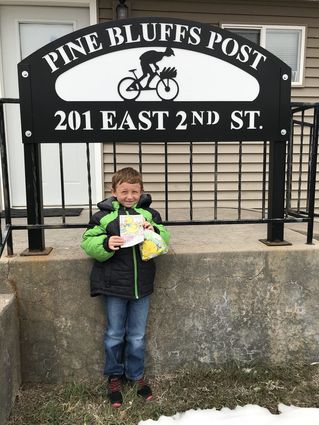 Schools not in session, sports are a no go thus we have exercising the hands with coloring for Easter.

Children from around the Pine Bluffs Post area cut out pictures from the paper for the Easter Coloring Contest. The children had six different pictures to choose from, and over a week entries were brought in by proud parents.

The winners of the contest were broken down into age groups. Ages 6-8 received seven entries. Ages 9-11 received five entries and ages 12-14 had two.

Winner of the 6-8 group is Beau Bruckner, son of Jason and Chelsie Bruckner of Pine Bluffs. Winner of the 9-11 group...