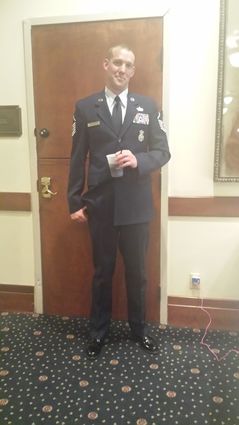 Clifford Ryan Johnson was born in Sheridan, WY April 13, 1984 to Mark Johnson and Lois Adams. From his birth place, he would travel to Kentucky at the age of six, where he lived until he was fifteen.

As a teenager, Johnson would transfer states and move to Cheyenne, Wyoming to finish high school with his father.

"I was never to interested in high school, so I dropped out in February 2001 and got my GED in April 2005." Johnson said. After quitting school he would bounce around jobs looking for that right fit. He would work for the City of Cheyenne Sanitation, Wyoming Energy Council, and...