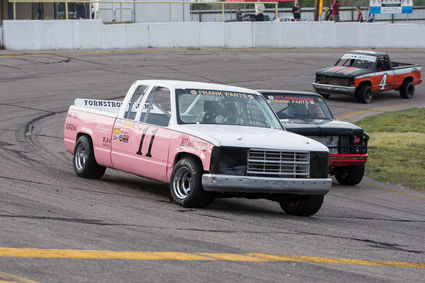 Above left : Tim Bland in number 11 races around the track to come in at Second Place in his race class.

Fornstrom Racing headed out to the races this past weekend and came home with second, third and fourth places.

The main event Jesse finished 3rd and Doug didn't finish with problems with his motor, this was the first race for Doug's car that they built,.

Tim Bland finished second in all of his races, and he was struggling all night with the set up eith his pickup