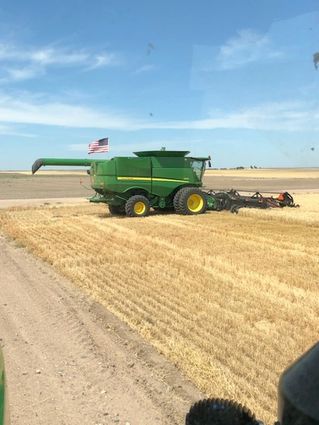 Above: A John Deere combine flies the American flag while working in a local field.

Eastern Laramie County's wheat harvest is well under way and results so far have been mixed, according to one area farmer.

Rebecca Talmadge of ST Organics, which owns fields between Carpenter and Hereford, Colorado, said drier conditions this year have resulted in lower yields in the county's hard red winter wheat crops, but the number had not been uniform.

According to U.S. Department of Ag...