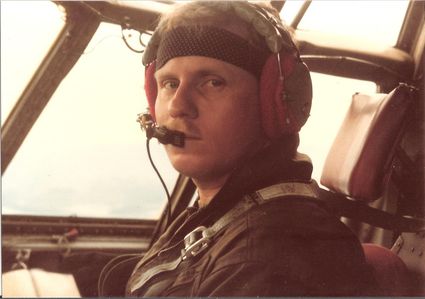 John Hobble in the cockpit flying.

John Hobble was born to John and Geraldine Hobble, Liberal, Kansas, on November 26, 1952.

He was raised in Witchita, Kansas. Hobble graduated from North High School in 1970.

After high school Hobble attended the University of Wyoming. "Shortly after graduation, I enlisted in the United States Air Force." Hobble said.

Hobble cited his family history of the military. "My father and uncle were in the Army during World War II, and my grandfather was in the Spanish/American War." he stated proudly. "While my family had served in the United States Army, it was a draw for me to head to the Air F...