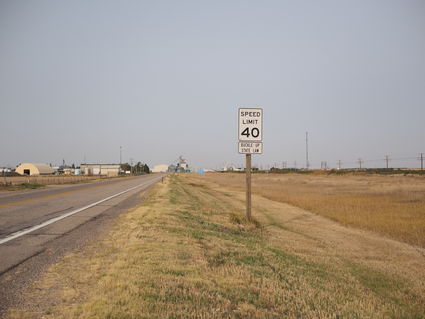 Above: Speed limit sign entering Pine Bluffs from the east.

Pine Bluffs Police Department has initiated a survey through the State of Wyoming for the University of Wyoming to assess Pine Bluffs traffic volume and speed limits over the next few months, with the goal to standardize speed limits and implement safer and more efficient traffic flows, said Police Chief Chance Walkama.