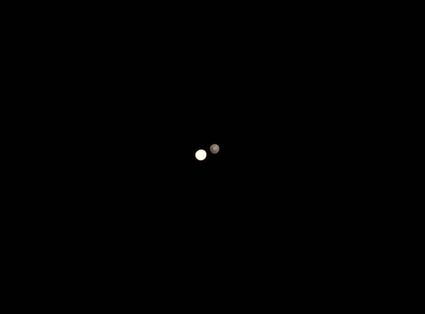 Above: A view of the great conjunction or also known as the "Christmas Star" was visible in the southwestern skies of Wyoming.

Thanks to earth's tilt on its axis people recently experienced the Winter Solstice! The solstice happened on Monday, December 21st and this marks the official astrological first day of winter.