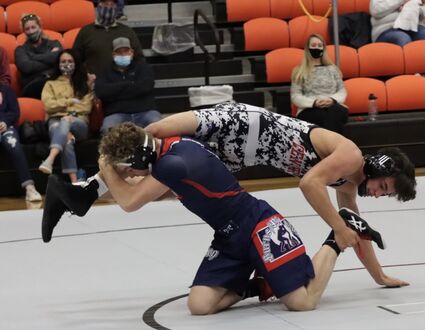 The Burns/Pine Bluffs wrestling team traveled to Cheyenne for a wrestling match against the Central team. The Burns/PB team was on top of their game and beat the Central team 51 to 27. Pushed forward by performances by Colby Stockton (152lbs) who pinned his opponent in 1:49 seconds. And Baylen Smith (120lbs) won by pinfall over Dillon Hays (Central) in a quick 0:28 seconds.