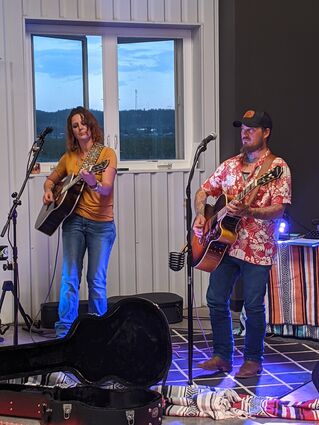 The week of Trail Days there were five different bands performing at one venue or another.

To begin the week The Knotty Pine Saloon had two female singers. The performer on Saturday night was Ja'net Eastman from Belle Fouche, South Dakota. She had written four song albums. She was up for an award in Nashville for her original songs. The album was call Lucky Enuf. The awards are the Josie Awards in Nashville, Tennessee. Eastman's voice was raspy and she sang old country music.

The second performer was Andrea Goodman from Nashville, Tennessee. She had an album but was working on some new so...