Broncs work on skills and talents 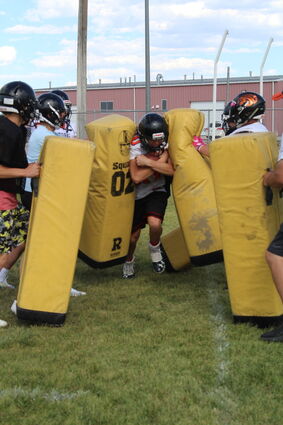 Above: No. 60 Noah Damey charging the blocks protecting the football.

Even before the school opened its doors, sports players were already attending practices and gearing up for the up-coming season.

With the new season, comes a new group of players to the team. New freshman players on board, as the juniors of last year are now the leaders.

The Burns Broncs players are working on skills for the season. Some are learning from older players, while the seasoned players from last year work to hone their skills.

Football offensive is learning skills for their plays to run faster and dodge the other team players. Defense players are working on reading the opponent...