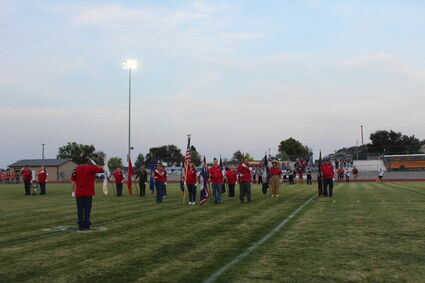 Above: Members of the Color Guard present "Colors" for the National Anthem at the Hornet's game.

In the words of Franklin D. Roosevelt-"On September 11, 2001, a date which will live in infamy, the United States of America was suddenly and deliberately attacked!

On the twentieth anniversary of 9/11 many organizations had planned special presentations and ceremonies to "Never Forget."

The Donald Eisenhauer American Legion Post 60 and Auxiliary, Unit 60 were asked by Pine Bluffs High School to post colors for the football game Friday Sept. 10 as a tribute to those lost during and after the 9/11 attacks. The Legion post was more than proud to stand tall for s...