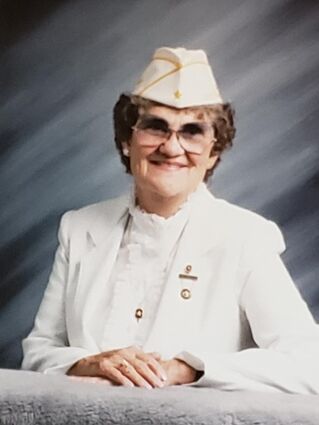 As with any branch of service, our soldiers can be sent to a war zone, be assigned to foreign countries where there is unrest and instability. Moms and Dads stand proud of their child, who has grown up and is now serving their country in some field...artillery, medical, in the air and on the sea! Parents let them go, and wait for their return. Sometimes, the homecoming is happy and full of excitement and they share the stories of far away lands and cultures. However, sometimes their voices are silenced, a mother's hug is empty and parents reflect on memories of events before the dreaded knock on the door.

It is always hard to be a parent, but being the parent of a lost child is even harder. The hardest is when the Honor Guard presents you with the American Flag that was draped across your child's casket. Through history, this has been done at many a soldiers service.

"On June 23, 1936, a joint congressional resolution designated the last Sunday in September as Gold Star Mother's Day and proclaimed annually by each president.  In 2011, President Barack Obama amended the day to "Gold Star Mother's and Family's Day."

The American Gold Star Mothers, Inc. was incorporated in 1929 and obtained a federal charter from the United States Congress.  It began in the Washington DC area and soon expanded to include affiliated groups throughout the United States.

The history of National Gold Star Mother's Day and their families begins with a young country thrown in the midst of a great war. Army Captain Robert L. Queissner, whose two sons were serving on the front line during World War I, created what is now called the Service Flag. The flag was displayed with a blue star to represent a child serving in the military during times of war or hostilities. When a service member died, families stitched a gold star over the blue star.

Wyoming chapter of Gold Star Mothers is currently in-active, however, questions and information may be obtained from Carol Tabor, President at 307-632-3762. The Gold Star Mothers support each other as well as do community service for our Veterans.

When Tabor joined the Gold Star Mothers, the year was 1971. She had experienced every mother's worst nightmare from having a child in the military.

Her son Richard Eugene Tabor aka "Dick" was a member of the United States Army, 173rd Airborne Division. He was stationed in Vietnam. In January of 1971, Dick was with his platoon near the DMZ when he lost his life in battle.

Tabor drew on the camaraderie of the local chapter and began volunteering to help Veterans the best she could - through service at the Veterans Administration Hospital in Cheyenne. Services include many hours at the facilities handing out menus, taking the book cart around to the Veterans living in the Community Living Center. She also escorted the Veterans on trips in the center, working in the adjudication section, entertaining services, visiting and reading to the Veterans.

"When I first started volunteering, everything was a ward, and now they have new additions and many new areas that weren't there before." Tabor said. "The wards would have seven to nine Veterans to a room, but now it has all changed and there is only two to three per room." she added.

Her first years in the Gold Star Mothers chapter in Cheyenne, she served with many World War II mothers, who have long since passed.

Tabor became extremely active in her chapter. She went to national conventions and represented Wyoming during those times.

Tabor would go on to become the National President of the Gold Star Mothers in 1994 and 1995. She is the only National Past President out of Wyoming.

National Gold Star Mother's Day was created to recognize and honor those that have lost their son or daughter while serving our country in the United States Armed Forces.

A gold star symbolizes a family member who died in the line of duty while serving the United States Armed Forces.

To all the Mothers who have lost their son or daughter due to a fallen soldier, you are in our thoughts, and prayers.

We thank you for your continued service to our Veterans.