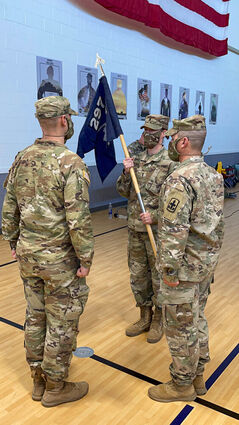 AFTON, Wyo. – To 1st Lt. Alyssa Brenner, a change of command ceremony means a step forward in her career. To the rest of the Wyoming National Guard, it was a historic milestone. As she grasped the guidon in the traditional passing of the colors she became the first female to command an infantry unit in the Wyoming Army National Guard. She is the second female to command a combat arms unit in Wyoming, joining Capt. Leslie Brazil, former commander of Alpha Battery, 2-300th Field Artillery Regiment.

Hailing from Marshfield, Wisconsin, Brenner first enlisted in the Guard when she was in colle...