The Draft vs Enlist 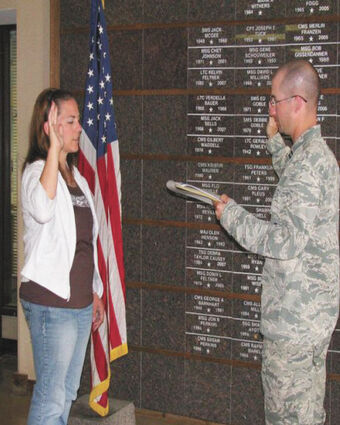 Above: Rasgorshek is sworn in to the Air National Guard by Captain Green.

From the dawn of history, there has been been some form of military throughout the world. In the early days it was a "right of passage to become a soldier" whether you "signed up" or you were taken from your home camp or village and you found yourself serving a ruler, king or country.

'Conscription is the mandatory enlistment in a country's armed forces, and is sometimes referred to as "the draft." The origins of military conscription date back thousands of years to ancient Mesopotamia, but the first modern draft occurred during the French Revolution in the 1790s. The United States institut...