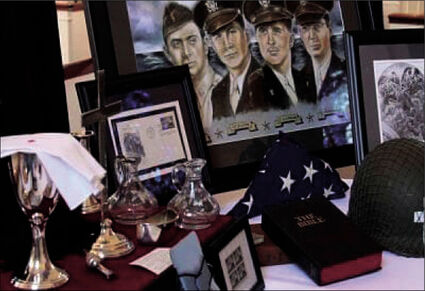 On Feb. 3, 1943, four Army chaplains – Father John P. Washington, Rabbi Alexander D. Goode, and the Revs. George L. Fox and Clark V. Poling – gave up their life jackets on a sinking Army transport in the North Atlantic so that others might live.

Of the 902 soldiers, Navy armed guard, ship's crew and civilian passengers on board the Dorchester, only 230 survived. They have told us of the chaplains' efforts to restore calm in a hopeless and chaotic situation, and how they were last seen at the ship's stern, arms linked in prayer.

The survivors' testimony and the chaplains' bravery are e...