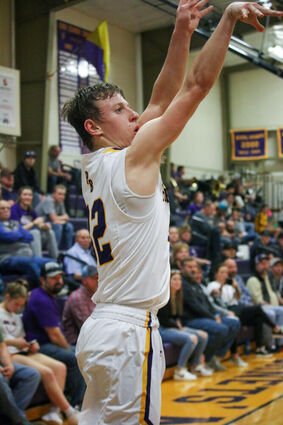 The Hornets are swarming. With seven wins in a row the Hornets are eager to see how far they can go on this streak. The 5-10 Lingle-Ft Laramie Doggers would be the next challenge on January 29. The Doggers were coming off a pair of wins and wanted to keep their streak alive. But the hot 8-2 Hornets were not going to let that happen. The Hornets played one of their best offensive games of the season scoring 80 points. With two of the Hornets scoring over 20 points and three of them in double digits the Hornets beat the Doggers 80-46.

The Hornets were dominate in the first half outscoring...