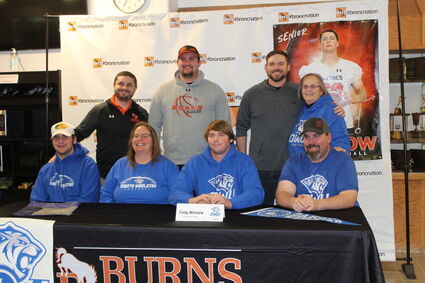 Fall of 2022 Cody Winslow, of Burns High School will be joining the football team at Dakota Wesleyan University.

Winslow, who played as a defensive lineman for the Burns Broncs intends on studying sports medicine.

He is a three sport athlete - football, wrestling and track and field. His talent has landed him a place on the 49th Annual Shrine Bowl All-Star Football Game.

Winslow who played middle linebacker and tackle for the Broncs will be participating in the All-Star game to be held in June. This will be the last high school game for Winslow and selected graduating seniors to play.