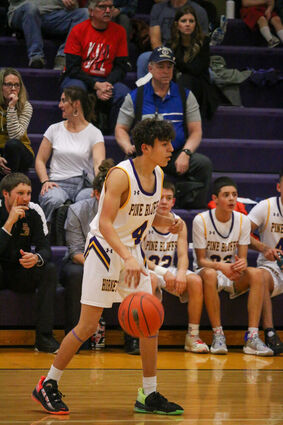 Above: Hornets Junior Varsity No. 4, Jesus Solis dribbling the ball.