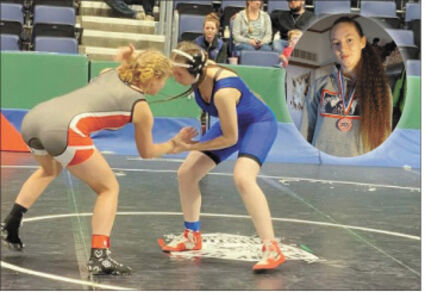 Girls have wrestled with the boys all season long on the Wyoming prep scene. This is the first time that a championship event has been held, just for the ladies. The de-facto girl's high school wrestling championships were held a couple of weeks ago in Casper in conjunction with the Sarah Tolin Memorial Tournament at the Ford Center.. The minimum amount of schools needed to sanction the event have expressed interest in the sport. A meeting will be held in April to address that issue.

The Burns/Pine Bluffs wrestling team has had a couple of girls competing on the team. They attended this ev...