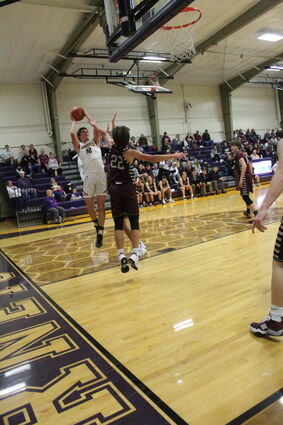 It seems that there is no end to the talents of Stu Lerwick. Not only has he set the single game scoring record with 50 points, awarded the player of the week by the Wyoming News service and several other scholastic awards from the Hornets coach but he has also been named as the Wyoming 2A Eastern Region Player of the Year.