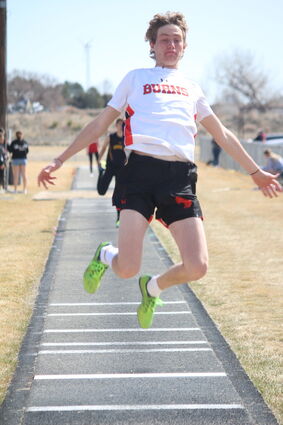 The Burns Broncs Boys Track and Field team went all the way to Bayard, Nebraska for their second meet of the season. The team did pretty well finishing ninth in a field of 15. The Burns Broncs had several top 10 finishers but only a couple of them made it into the top three.

Jackson Kirkbride was the only individual to place in the top three this day. Kirkbride placed first in the triple jump with a distance of 40ft 8in. Kirkbride and the rest of the 4x100 relay team also made it into the top 3 with a third place finish. Kirkbride also placed fifth in the 200m run. Cooper Lakin, Ethan Norr...