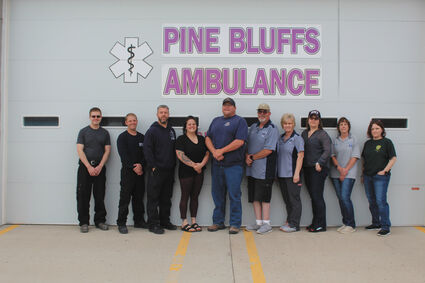 Derek Walls, out-going director of Pine Bluffs EMS steps down after serving about seven years as director. Walls has been director two different times, and has seen much growth in his seven years.

Walls started out on the Fire Department in February of 2002. He began driving for the Emergency Medical Services in approximately 2003. He went on to get his EMT in 2004 and has been on the service since then.

Walls went to bat to get funding for a new ambulance which was obtained in January of 2021 with the help of Kim Patterson, Treasurer - Town of Pine Bluffs.

Taking directorship for the EM...