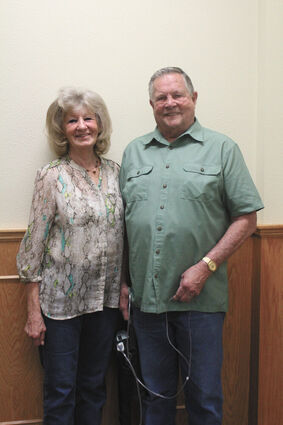 Above: Jere and Harvey Humphrey of Burns, chosen to be Grand Marshals for Burns Day parade.

Harvey and Jere Humphrey have been in the Burns community since 1975. They operated the H & J Grocery in Burns which they owned for five and half years. They help out the community for numerous events,

He has also been a youth baseball coach at times.

Jere Humphrey was an EMT and Driver for the ambulance in Burns. She has worked at t...