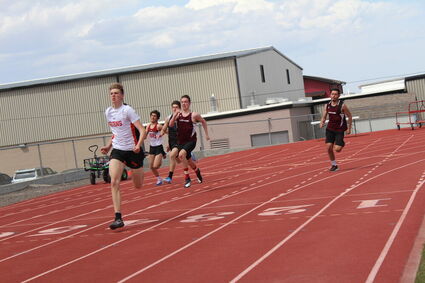 Above left: Burns Broncs Jackson Kirkbride out in front.

The Wyoming Coaches Association have announced the 2022 All-State recipients in track and field. The Burns Broncs were honored with two All-State Award winners.