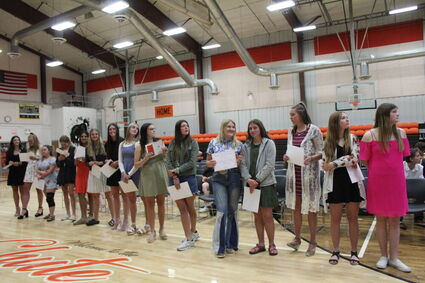 The chairs were filled with students for the athletics awards. May 23rd at 6 p.m. at Burns High School, they acknowledged what the students had achieved.

First was football. Coach Romsa went through the slide show of what the team had achieved.