Winners of the Car and Tractor Show - Burns 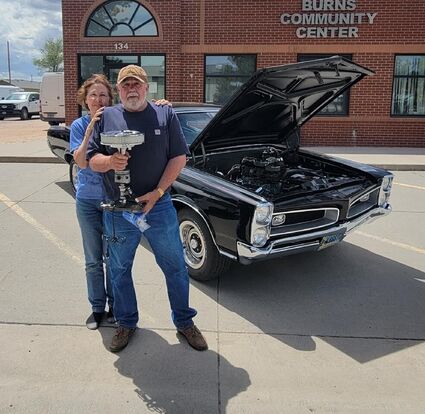 Above left: Paul and Melinda Gibson with the winning car - 1966 Pontiac GTO.

Classic cars and antique tractors lined Main street around the park. At Burns Days on June 11th following the parade, tractors and cars were a major presence around the Main Street Park.

There were 11 tractors for the people's choice. Some had traveled from as far as Laramie. The winner was Roger White with his 1950's Mayrath mobile.

For Volkswagen, there were seven different vehicles on display. The people's choice winner was Dave Bartenhagen for his Foreign 1974 Volkswagen Thing.

Then last but certainly not least were the muscle and hot rod cars. Out of the 13 beauties being judged the...