Tee Ball ends the season with fun on the field 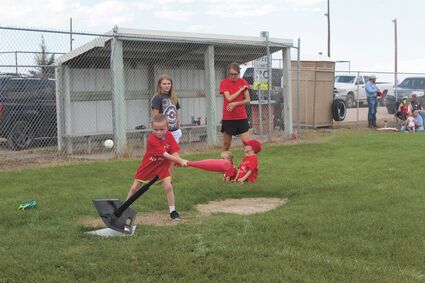 Above: Gus Ehuke of Grover swings and fouls.

The Pee Wee only played a half hour, but by the time they were finished they were pretty tuckered out. However the rain helped cool everyone off for the end of the season.

The T-ball players learned to get the ball to first base or to home base. They did great right up to the en...