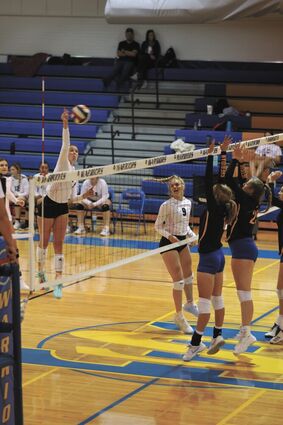 Above left: Sienna Gallegos No. 13 spikes the ball over to the Sheridan side.

To start off the week the Lady Broncs hosted the Scottsbluff Lady Bearcats. This was a non-conference and non-tournament game. It was a close match and an emotional one as the Broncs kept the score tigh...