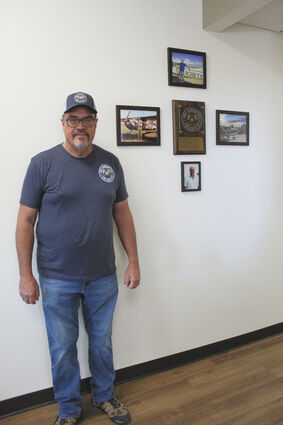 The John K. Marquardt field at Pine Bluffs Municipal Airport has a new manager. Kevin Marquardt is stepping into his dad's shoes. The Pine Bluffs Town Council had appointed Marquardt as manager at the beginning of the summer.

In the late 1960's, Marquardt's father was instrumental in building the airport. At the time it was just a strip of dirt on the land. He has watched what has been done in the last twenty-five years at the airport. Marquardt decided that it would be good to continue as a full time manager now.

Marquardt's plans for the future of the airport is to turn it into a business...