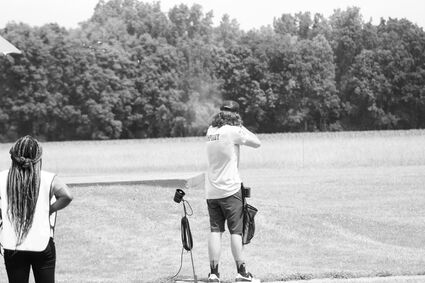 A Burns student is state ranked and an expert shot when it comes to Skeet and Trap shooting. Bryce Humphrey is a senior at Burns High School and a member of the Cheyenne East High Clay Target shooting team. He has been a member for three years and is one of the leading team members.

Humphrey's who has been shooting for only three years has excelled in the sport. Bryce was one of the founding members of the team when it first started and acted as the liaison between the students and shooting clubs and coaches. He has been a member of the club for the past three years and continues to impres...