By Traci Schneider Coach For the Pine Bluffs Post 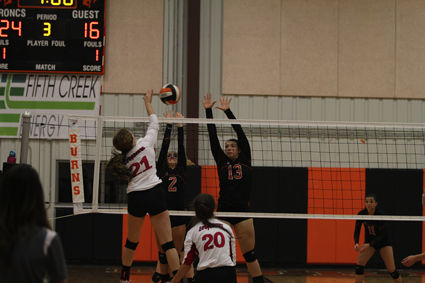 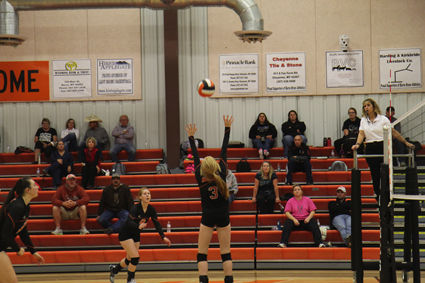 Throughout the season, the Lady Broncs have taken several of their opponents to at least 4 sets. We've struggled maintaining energy and staying in our matches mentally after we've won the first or second. Tonight, we put it all together. After losing the first set, we came back strong to win the next three against Kimball. We stayed focused and kept each other in the game after mistakes were made. We really came together as a team and pushed forward as one rather than individuals. We're hoping to use this win to launch the second half of the season. Our defense is improving and we're getting the ball to the setters more consistently.

Our hitters are finding their swing and the blockers their timing. Everything is starting to fall into place.