AWitch, A Cat, A Scarecrow and more!!! 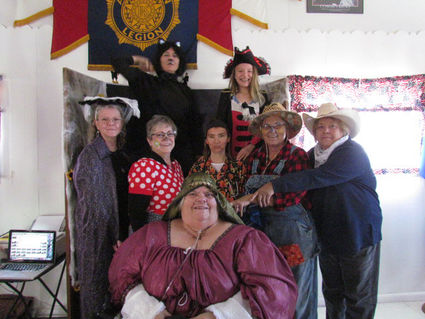 Members of the Auxiliary Post Unit 60 pose prior to all the visitors for the festival.

Members of the Auxiliary Unit 60 hosted the festival for anyone wanting to come.

Children were given goody bags with treats, popcorn balls and more as they entered the building. As they went to each game and played they received more prizes.

The last booth was a photo booth set up for the visitors to have their picture taken as a memory creation.

After pictures were taken the children and their families were treated to a chili lunch, and cake pops.

Over 20 children came and participated with their families from Bushnell, Pine Bluffs and Cheyenne.

The Auxiliary hopes to be bigger and better next year for this free to the public event.