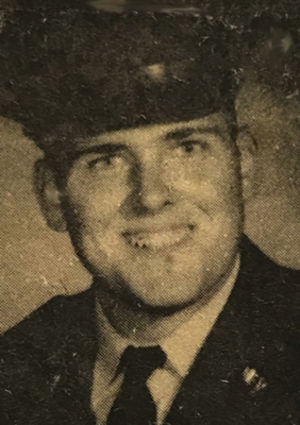 Howard W. Chairs aka "Chuck" as his mom called him, chose not to accept the unlucky number 13, that was his draft number, instead he quit high school and enlisted in the United States Army. This gave him control of what branch of the military he would serve in. This would also give him a choice of career field he would be in (MOS)

Coming from the small town of Rock Hall in Maryland, Chairs would head to Fort Bragg, North Carolina for basic training. Being in Fort Bragg the world was different from his small town of about 700 people. His adventure was just getting started.

He went to additional training at Aberdeen Army Base (called the Proving Ground) in Maryland. After completion of his training, the army would take Chairs across the world after training to Vietnam where he would serve for a year at Long Binh, a base nearly 20 miles north of Saigon.

He was stationed with the Battalion Motor 368 Transportation Company.

Like many of the soldiers who have been in a war zone, talking about those times are very hard. "We've seen a lot of things, lived through a lot of things. You just can't talk about them." states Chairs. "Just like there is no rhyme or reason for the things that happen!"

Chairs goes on to say, "There was one incident I recall happened as I was walking back from the mess hall. I happened to look up and see a deuce and a half (which is a cargo truck) teetering on the bridge going across the Saigon river. It was one of ours! I jumped into our wrecker truck with another troop who's nickname was Mop boo coo and headed over to the traffic to try to help the driver. When we got closer, we could see the driver was slumped over the steering wheel and was unconscious. They were carrying a load of 300 pound blocks of ice and there was a young boy who had hitched a ride in the back of the truck to get back down to Long Binh. He was pretty well cut up and hurt from the ice in the back The other guy swings over the hook, and I rode down the "medicine ball" to hook to the front. We pulled it to safety and by then the ambulance was there. I never knew how the boy was, often wondered." solemnly said Chairs.

After they returned to work, they were told they would be put in for a medal. 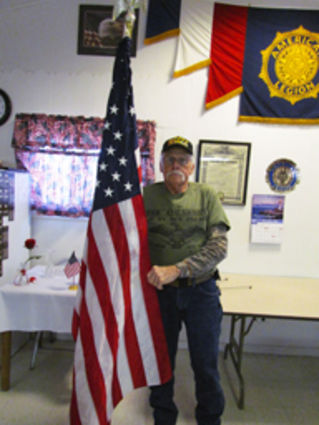 Army Veteran Chuck Chairs prepares a flag for the Honor guard to be used in a funeral service of a fallen veteran.

Chairs returned home to Fort Sill in Oklahoma. His sargent told him to put on a clean uniform at lunch and then fall out in formation. He was presented with the Army Accommodation Medal."It was a surprise when received it. I mean, I was just doing my job." stated Chairs.

One of the hardest things to accept was how people treated the returning heroes. "I remember being in the airport with other troops, and we were glared at, given the "evil eye!" Chairs said. "It was hard back then, and that is why it is so important to thank these troops that serve today."

"It wouldn't hurt for any of the young people to serve 2 years after high school." Chairs explained, "It would give them a reality check into life, and how much better we have here at home!"

"I will always stand and salute, and say thank you to all the men and women who have served with me, and after me!" said Chairs.