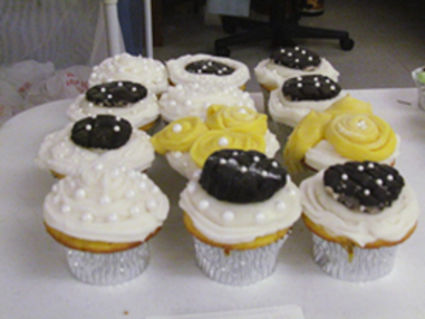 Examples of various cupcakes submitted in the competitions

Nicole Horrocks has 17 groups of students and each group in the Culinary class has four students. These student's are not just bakers. This is my culinary class and we study cake decorating, the use of fondant and decoration.

We usually do this competition around the holidays because it's a festive thing to do and the students really get involved with the competition. They like to compete and they do their very best work because they want to be the best. 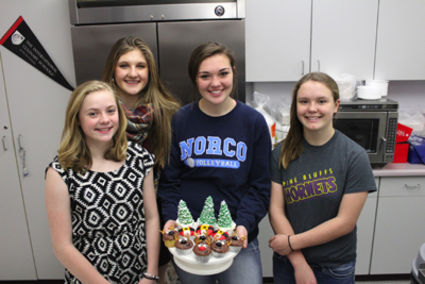 The students pick a theme and they are able to take that theme and run with it. It is wide open to their imagination, whatever they wanted to do, they could do it as they just need to get it approved through me.

"Based on the decorations they need, I make sure that I could supply that to them." said Horrocks. "For example, if there would be an extra ingredient that I would need to get for them to decorate a cupcake, I would need to know in advance." We actually supply everything the students need to do the cupcakes.

"These are not cupcakes to eat." states Horrocks, "as they will sit out in the air to be judged." Some students will keep them, but generally they don't." Doing a taste test for more competition would be out of the questions as they been sitting out for so long they're hard as a rock. That would be another aspect we could look into but these are not edible and so typically we just discard them.

Judging is done and the winners are selected by vote!