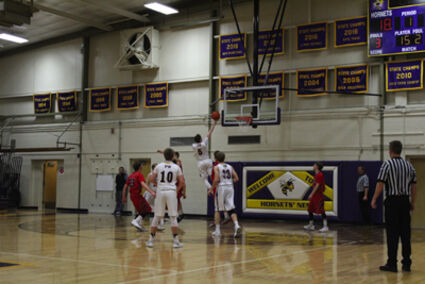 Getting into the state championships for basketball is hard enough, but having all eyes on you as a player is even more difficult.

The Most Valuable Player, Haize Fornstrom, didn't even seem to flinch. Going into state the Hornets had only lost one game to Big Horn so the confidence level was pretty high.

"I knew that we could do it. I felt pretty good, just going into the game. I felt like the guys had progressed this year and we did better as a team. That we could win," said Fornstrom.

Although being named the Most Valuable Player is something Fornstrom is getting used to, he remained...