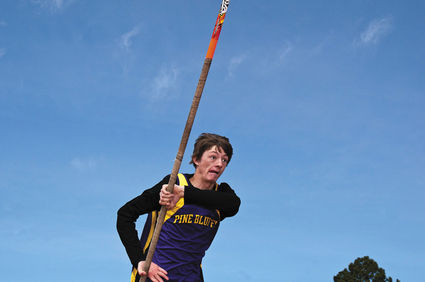 BURNS - Four Pine Bluffs Hornets added to already impressive seasons last week with wins on the track and in the field at the Burns Invitational track meet last Thursday.

For his 136-foot throw, Tucker Norman earned first place in the discus toss.

Haize Fornstrom won the triple jump by nearly three feet with his 40-8.50 effort.

And Ishmael DePaullite, who is also having quite a senior campaign, won the long jump at 20-10.25.

A hodgepodge of oth...