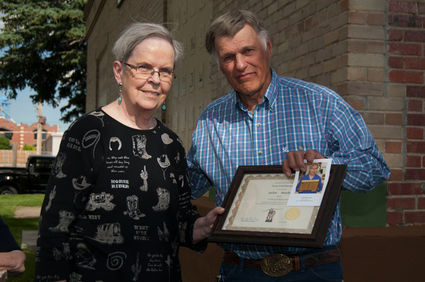 Jackie Mueller receives a certificate of appreciation from Jerry McWilliams for service to the Texas Trail Museum.

Members of the Texas Trail Museum and their guests enjoyed a dinner of barbecue beef brisket, beans, salad and a beverage at the annual meeting which was catered by Rick and Estelle Wagner.

After dinner, everyone headed through each room of the museum for a tour by curator, Mary Chowns. Many new items were out for display for everyone to see since the last annual meeting.

Martinez announced the names of directors whose terms were expiri...