Flags to remain at half-staff through sunset Sunday 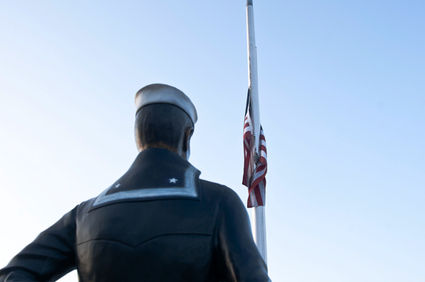 The U.S. flag flies at half-staff Tuesday at Pine Bluffs Veterans Memorial Plaza. Flags were ordered to half-staff earlier this week in light of U.S. Sen. John McCain's death Saturday. They will remain there through his interment at the United States Naval Academy this Sunday. Before a three-decade career in the United States Senate, McCain served as a naval aviator and flew missions during the Vietnam War prior to being shot down and subsequently captured. He spent more than five years in the infamous Hanoi Hilton. (Zach Spadt/Pine Bluffs Post)