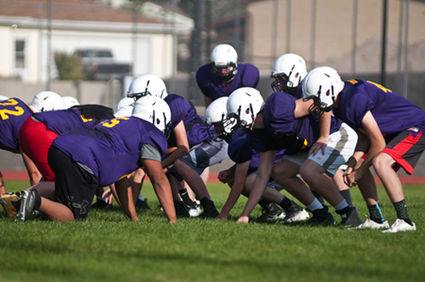 Members of the Pine Bluffs High School football time line up before a snap during a practice Tuesday afternoon.

Pine Bluffs will kick off the 2018 season at home Friday night when they take on Yuma, Colo. at 7 p.m. Pine Bluffs played in a Zero Week scrimmage in Glenrock last Friday, but scores were not kept as it was not an official game. Head Coach Will Gray said in an email that the Hornets showed signs of promise but there are still ways the team can improve. 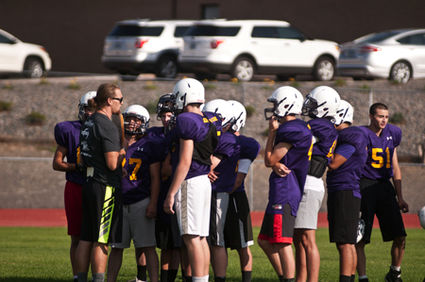 "I thought we did some good things on both sides of the ball, but we know that we have a long ways to go to accomplish our goals. Our young guys got some time on the field and we were pleasantly surprised with their progress. We need to play more physical, better fundamentally, and have less miscues in execution," Gray said.

"Yuma has some very athletic players, and they run a different scheme than what we traditionally see. It will be a big test for us on both sides of the ball. We have to be very sound fundamentally and tackle very well in the open field to give ourselves a chance."