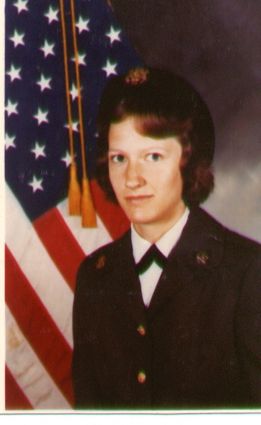 Family history and the dream of a six year old girl to be a soldier in the military was Marti L. Mace's driving force to her enlistment in United States Army. "I wanted to follow in my dad, and grandfather's footsteps, but there wasn't a Marine recruiter in our town, so the Army is where I landed!" said Mace.

Mace was born in February of 1961 in Ulysses, Kansas. She attended Johnson High School in Johnson, Kansas and received her GED in 1978. She immediately entered the military.