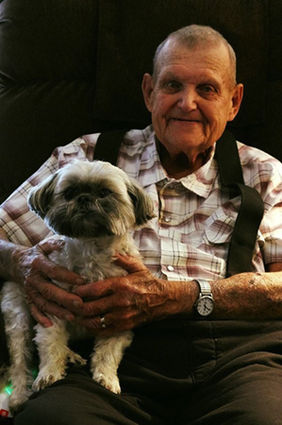 Clarence E. Steege, of Burns, WY, while residing at his winter residence in Broken Arrow, OK, passed away September 20, 2018, with his loving family by his side, at the age of 78 years. He was born on July 7, 1940 in Kimball, NE to his parents, Alwin Steege and Emma (Heckley) Steege. He met the love of his life, Vicky Hopkins, and they were married on December 20, 1970 in Laramie, WY. They celebrated 47 years of marriage last year.

Clarence retired as a wheat farmer and had many hobbies he enjoyed: building a miniature version of his homestead, tinkering with building projects, and admiring classic cars, especially his cherished '58 Chevy Impala. Clarence and Vicky enjoyed taking bus trips with their Travel Club, visiting Branson on 6 separate occasions, and even celebrated a cruise to Alaska on their 25th anniversary.

He is preceded in death by his parents, Alwin Steege and Emma Steege; his brother, Robert Steege and his sister-in-law, Vonnie.

Clarence leaves many loving memories with his family: wife, Vicky; daughters, April Steege of Burns, WY and Amber Liljedahl and husband Jon of Tulsa, OK; as well as many other loving family members and a host of friends.

A Celebration of Life Service will be held in Burns, WY at a later date; please refer to updates on the memorial website for Clarence Steege. Arrangements are entrusted to Schaudt's Tulsa Funeral Service. Family and friends may send memories and condolences to the family online at http://www.schaudtfuneralservice.com.