Cheers to a year 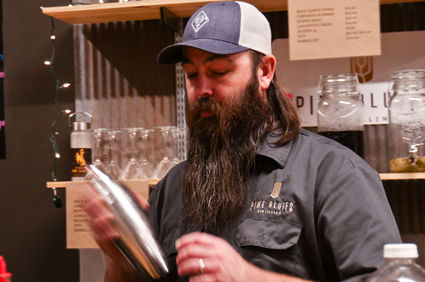 In the early 20th century, somewhere in Laramie County, thirsty men from all walks of life gathered in cow pastures under the moonlight to produce whiskey with the sole hope of not getting caught.

They were the area's first liquor producers.

When the law caught up to the moonshiners, sheriff's deputies destroyed their whiskey barrels, leaving only the metal rings.

Those rings spent the better part of a century in the elements. They were trampled by cattle. They rusted.

Today those rusted rings have a new h...