PBHS was one win away from state title berth 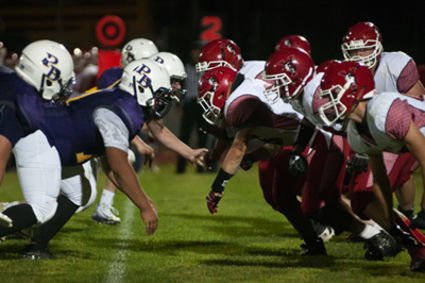 The Pine Bluffs line faces off with their counterparts from Yuma, Colorado during the Hornets' opening game of the season. The Hornets started off the season 4-0 while also not allowing a single point. After going 5-3 in the regular season, they earned a playoff berth, defeating Shoshoni in Round 1. They went on to lose to Big Horn in the semi-final round.

"Big Horn is as good of a team as I've coached against," said Pine Bluffs head coach Will Gray. "They are big and fast and are playing very well together as a group."

Gray said the Hornets didn't help themselves by failing to execute early on in the game.

The game quickly got away from the Hornets after they were down 21-0 at the end of the first quarter and 61-0 by half....