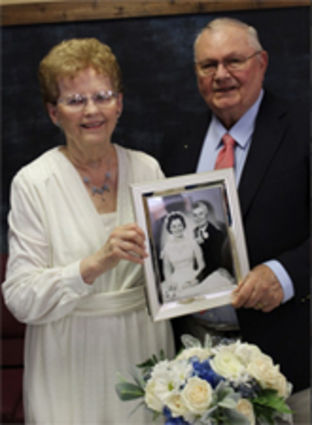 Courtesy of the Timm family

Brothers Al and Paul Timm celebrated their 60th wedding anniversaries together November 25 at the Friendship Alliance Church in Grover.  Paul married Louanne Hallock December 14 and Al married Dorothy Gillette December 28. They all went to Grover High school and were high school sweethearts. The celebration was early since Al and Dorothy's daughter Linda Leage, who lives in England, was in Colorado in November. Hosts for the event were Al and Dorothy's children and spouses, Pat and Mark Rosenhahn from Highlands Ranch, Linda and Phil Leage from Nuneaton England, David and Carla Timm from Fort Collins. Daniel and Jennie Timm, Carrollton TX were unable to attend. 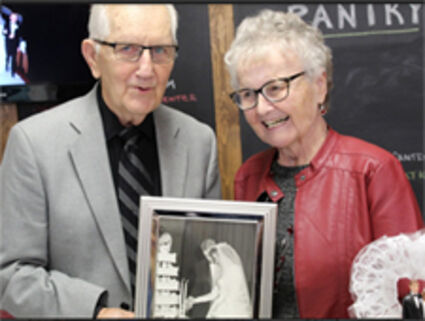 Courtesy of the Timm family

Hosts were Paul and Louanne's son Scott and Stephanie Timm and daughter Tanya and Jeff Wahlert.

There was a large attendance with relatives and friends. Cousins Tanya Wahlert and David Timm sang a song with David's daughter Brenna accompanying them on the piano. Cousin Linda Leage joined them for another song. Cousin Scott Timm thanked his parents for all they had done for their family and Linda Leage also thanked her parents.

Linda's husband Phil, a Missionary with Youth With A Mission, gave the message at the Church service in the morning