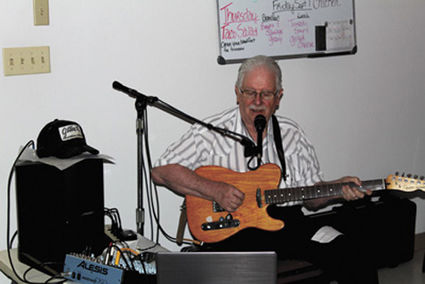 Above: Dalton Fuller, performs for the folks at the Pine Bluffs Senior Center monthly dance.

Veterans Day, formerly Armistice Day, is an annual United States holiday honoring military veterans. It is a federal holiday that is observed on November 11. It coincides with other holidays such as Armistice Day or Remembrance Day, which are celebrated in other parts of the world and also mark the anniversary of the signing of the Armistice that ended World War I. (Major hostilities of World War I were formally ended at the 11th hour of the 11th day of the 11th month of 1918 with the German signing of the Armistice.)