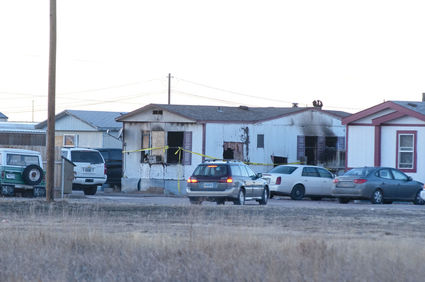 Firefighters from various districts in Laramie County responded to a report of a trailer home that was on fire Monday night. The building was located in the 1200 block of North Main Street in Pine Bluffs. By the time firefighters had the blaze knocked down, the home was a total loss.

Firefighters from LCFD 5, LCFD 3 (Albin) and LCFD 1 (Laramie County) were dispatched to the scene one minute later.

The first fire department unit was on scene within five minutes with the first engine arriving a minute later.

Upon arrival, firefighters found a sin...