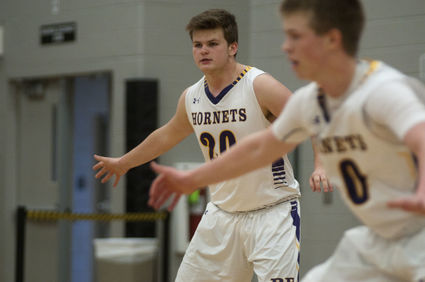 The Pine Bluffs Hornets continued what has proven to be a strong early start to their basketball season last weekend when they competed in the Taco John’s Invite held in Cheyenne and Laramie.

The Hornets went 2-1 in the tournament, but still finished the weekend with a 7-1 overall record.

Action got underway on Thursday when the Hornets took on the 4A Cheyenne East JV squadron.

As the Hornets have been wont to do this season, they immediately jumped out to a 2-0 lead to start the first quarter.

By the end of the first quarter, Pine Bluffs had 8-point lead over the Thunderbirds at 19-1...