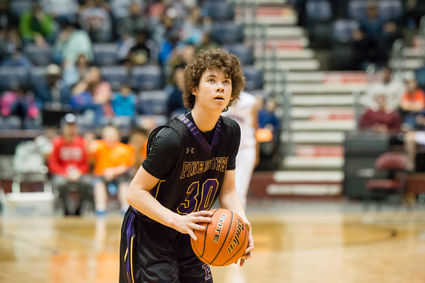 BURNS - Michael Shain and Justus Golding each scored in the double digits on the way to Pine Bluffs' dominant win over the Burns Broncs Friday night.

Friday night's matchup was already decided by the end of the first quarter with Pine Bluffs leading 17-2.

A strong second quarter would make the score 38-7 heading into the second half.

Pine Bluffs combined for 17 steals during the game, with Andrew Fornstrom and Golding each contributing 4.

Fornstrom also added on 5 rebounds along with teammate, S...