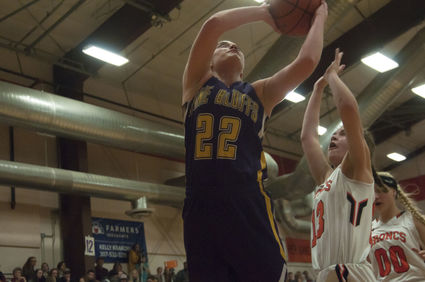 BURNS - Torri Long and Dylan Sweeter combined for 26 of Pine Bluffs' 59 points in their win over Burns Friday night in a game dominated by the Lady Hornets for all four quarters of play.

Long had 14 points while Sweeter had 12. Of long's points, 8 of those came from free throws.

Sophie Howard had double digits in the rebound column with 10.

Pine Bluffs completely shut out the Lady Broncs in the first quarter of play and held them to only 7 points in the second quarter.

That's a mere 7 points allowed in the first half of play.

And, while the Lady Hornets' defense was shutting out the La...