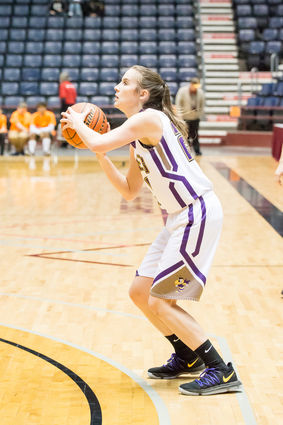 If Kammie Ragsdale set out to sing a swan song in her final basketball campaign as a Lady Hornet, she's doing a fine job of it.

The senior, who earlier in the week signed to play for Casper College, put up 20 points in the Lady Hornets' win over Glenrock.

To be fair, Saturday's contest could be better described as as a blowout as the Lady Hornets defeated the Herders 53-6.

The Hornets were tenacious on the defensive side of the ball that they allowed no more than 2 points in each of the first three quarters and shut out the Lady Herders entirely in the fourth quarter.